opportunities and grow your network

Discover opportunities from various industries, apply for them, post your own and network with
industry experts.

Fusion seems like a cocktail, but even creating a cocktail needs science, timing and precision : Swaraag
Jul 04, 2018   BY: Artistize

Swaraag is a very popular Folk-rock & Sufi Fusion Band. Artistize got a chance to speak to some of its members. Get a glimpse here!

What makes your band, And what comes in your mind as you named it Swaraag?

Pratap(Founder and Manager): People play music everywhere from banks to their cars from kitchens to bathrooms. Somehow without even realizing it becomes an important part of our lives. Most of the people like to hear modern music such as rock, jazz, pop, R&B and then there are very few who have some inclination towards the traditional music and rest of them either don’t know or have forgotten about it.

Does the name ‘Swaraag’ has a special significance to which audience can relate? 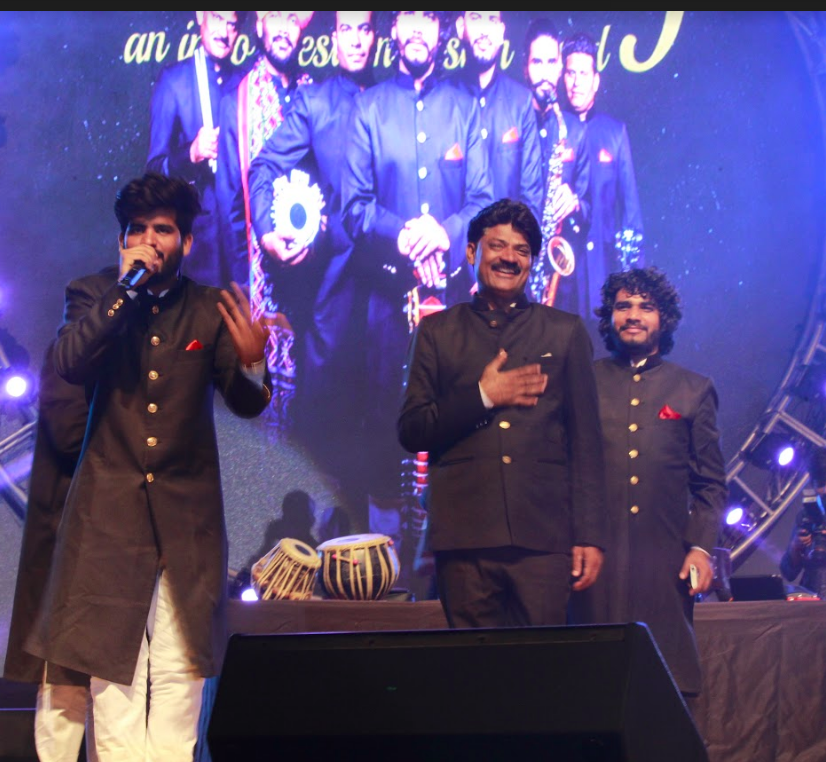 Asif: A Funny question you asked. Actually, after some brainstorming, we choose this name as it sounds very much musical and we didn’t know the actual meaning of the name. But when fans started asking the meaning of the name, we researched and found it that indeed it was a fitting and beautiful name for the band.

The word Swaraag refers to an emotional state of a person united with music.

The name itself is a combination of two different words -- ‘Swa’ and ‘Raag or Raga or Ragga’. The word ‘Swa’ represents the ‘person itself’ and ‘Raga’, which means ‘to color’ has no English equal. Hence, the person who is in harmony with the music.

We have heard a lot about Gharanas and there are members of your band from various Gharanas. What is a Gharana?

Arif : A ‘Gharana’ simply means ‘family/lineage’ in Indian music. Think of it as a set of performers [musicians/dancers] who follows one distinctive style which separates them from the other performers of the same art and the art from its style can be traced back to a particular master or region. It is like a family hierarchy but only in relation to a particular art and the members are master and disciples. 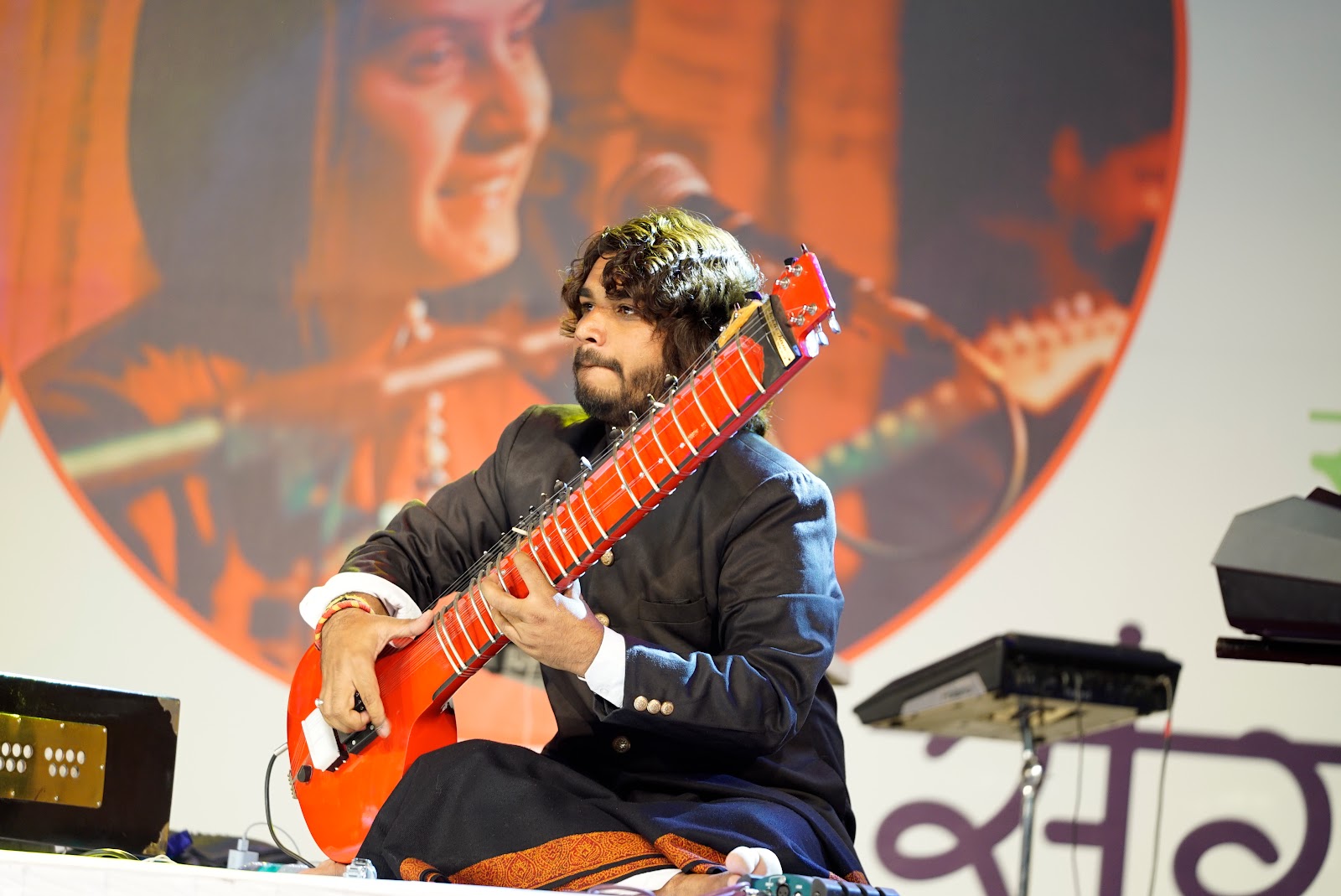 For instance I came from Sikar Gharana, I have learned music from very renowned Shri Niladri Kumar ji who taught me the nuances of music composings.

When did the fateful union happen? [Story of the band]

Pratap & Arif : I met with Arif Khan in concert in 2014, when he was still a freelance musician and in just a few meetings the cords between us strike and there was no doubt there was a possibility of creating a band and with our hard work and experimentation with other talented members we were able to draw out the infinite possibilities of folk-fusion music and ever since then it has remained the taste of the band.

Which artists do you idealize? Would you like to work with someone in future?

Pratap: There are so many wonderful artist in the industry, But to name Some of my favorite are Shankar mahadevan and Amit trivedi.

What is the present state of the music in India? Is it evolving further and beyond? In what direction?

Pratap: Today most of the market [Indian Music] is ruled by the Bollywood numbers, which are also losing the originality. Many movies today just show some reprise version of the old hit songs and industry is all for the sale of the hit songs and box-office sales which does not take the artist development into consideration. For a complete flip to happen, it is necessary that change comes from inside the music industry as well as outside the music industry.

Piracy is still another issue in the country. Type a name of the song and it is available for free ‘to listen and download’. Big shots like Apple, Amazon and other big companies have been in talks with the Indian Movie Producer, Eros to acquire its catalog of music but to no avail.

Asif: Can't give too many details on that as it will give away the secrets of the band but I will tell you that working with fusion is no joke. To many, it may seem like a cocktail, but even creating a cocktail [if they prefer this name] needs science, timing and precision.

Adding Indian classical music to something else is very difficult.

Pratap: I enjoy a wide variety of music, so inspiration flow not only from one source but you can say that there is a separate universe of inspiration. I listen to music and discuss it with the team when I like something. I follow several artists on Youtube and sometimes tries to think from their perspective.

Which aspect of working with the music do you enjoy the most?

Arif & Asif: The most fun part is that you have all the liberty to experiment with the music until you are satisfied with the creation or found something completely new. I am familiar with both classical and western music. So creating a mix of two is like solving a Math equation, where you know one variable and find other or just have to find a particular value of any one of the variables which will give the value of the other. So, every moment from brain-storming to creating fusion is a moment of joy and you can't say that this moment is better than the other.

It’s just joy, the joy of being a creator. The joy of creating something new.

With so many Genres in the music, is there anything other than the traditional Rajasthani music which inspires your music?

Shahid : See Rajasthani Folk Fusion is definitely our USP but we cater to a large variety of audience and therefore; apart from the Rajasthani Folk Fusion we also have Sufi Fusion, Instrumental Fusion, and Bollywood Mashup. As i can say I am playing Since 3 and it's been more than 20 years of experience in Tabla and Santoor,I have learned from my Guru & Father “Ustad Shabeer Ahmed”. While on different Tours worldwide

I got the opportunity to meet different people,music, and now i can say our music has soul of folk fusion but inspired from all across the globe. Our Music is all-in-one or one-stop shop for music lovers, we have lots of them and from every age group from Youngsters to Centenarian.

What a typical day in an artist’s life look like?

Sajid (quickly replied with a big smile): We are big time foodie :) Most of the time we are busy in creating the music for the shows or for some personal project but whenever we find the time we go for food. Apart from good music, good food is another thing which gives us all a great satisfaction.

Do you plan on launching your personal album?

Arif & Asif: Most of the songwriting is done when we are not touring and that is hardly two months a year. Rest of the year passed like a moment with all the shows and concerts. We are almost ready with the album and after few final touches, it will be up to the record company to release it. It should be out by mid-2019.

We all are very fond of Rajasthani folk music as it is melodious and uses so many unique instruments such as khartal, ravanahatha, alghoza, sarangi etc. On our YouTube channel, we have a playlist especially, for the regional music.

While asking Tasarruf Ali on Saxophone,Do you have any advice for the young aspiring musicians? 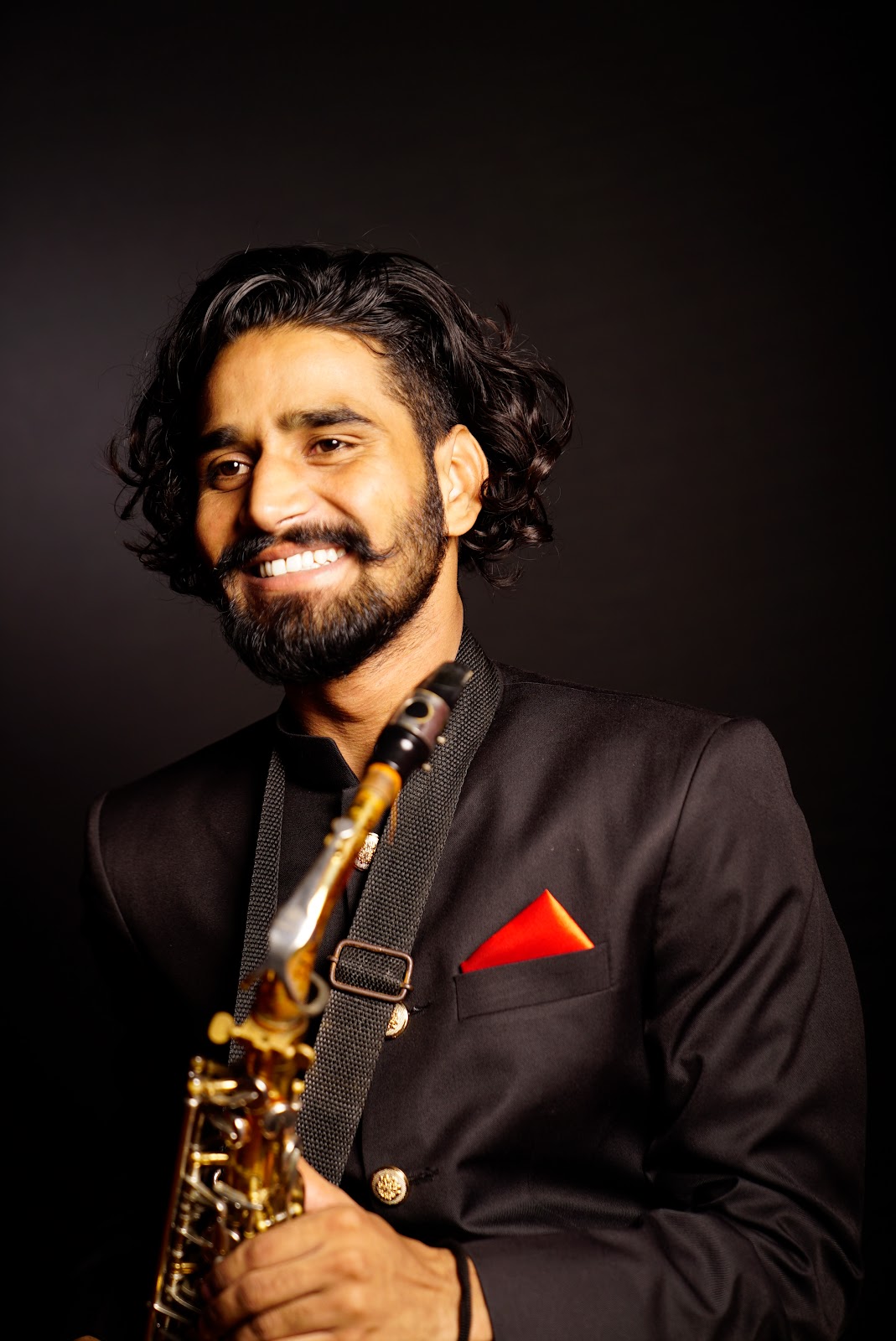 He Said “ Life is small so enjoy it to the fullest because you are the one who is going to live your life.”

Yes yes, it is like playing an old record, but everyone has their own challenges which they have to face. So, why not face them with enjoyment like playing a game where you just focus on playing the game and not on the results.

Pratap: Everyone should learn one musical instrument in their life or should get a basic knowledge of the music theory to see if the music is really for you and can you use its power to spread the love. So, I want to urge all the parents to encourage their kids to learn music.

Most popular DJs in India

5 Tips to help you build a great Mode...